In the 19th and first half of the 20th century, Pikk Street was the main shopping street in Rakvere, where the bank, shops, restaurants, and guesthouses were located.

In 2020, Pikk Street was reconstructed to the extent of approximately 700 meters, as a result, the street became a modern pedestrian-friendly promenade and at the same time again a representative street of the city.

The street section received modern and proper street lighting, benches and flower boxes were added. Stone surfaces were installed on the street - granite stones on the roadway and beton slabs on the pedestrian area.

Walking along the historic Pikk Street, you can get an overview of the diverse architecture of the city, where creative activities and several handicraft shops are concentrated, where you can find genuine Estonian handicrafts, souvenirs, folk costumes, and consumer goods.

Pikk Street 22 is a modern recreation area with beton benches and reclining chairs.

Here is also one of the strangest stairs in Estonia - the so-called Carrot Staircase, which leads to the Vallimägi viewing platform. The viewing platform offers a view in two directions - the city and the castle. 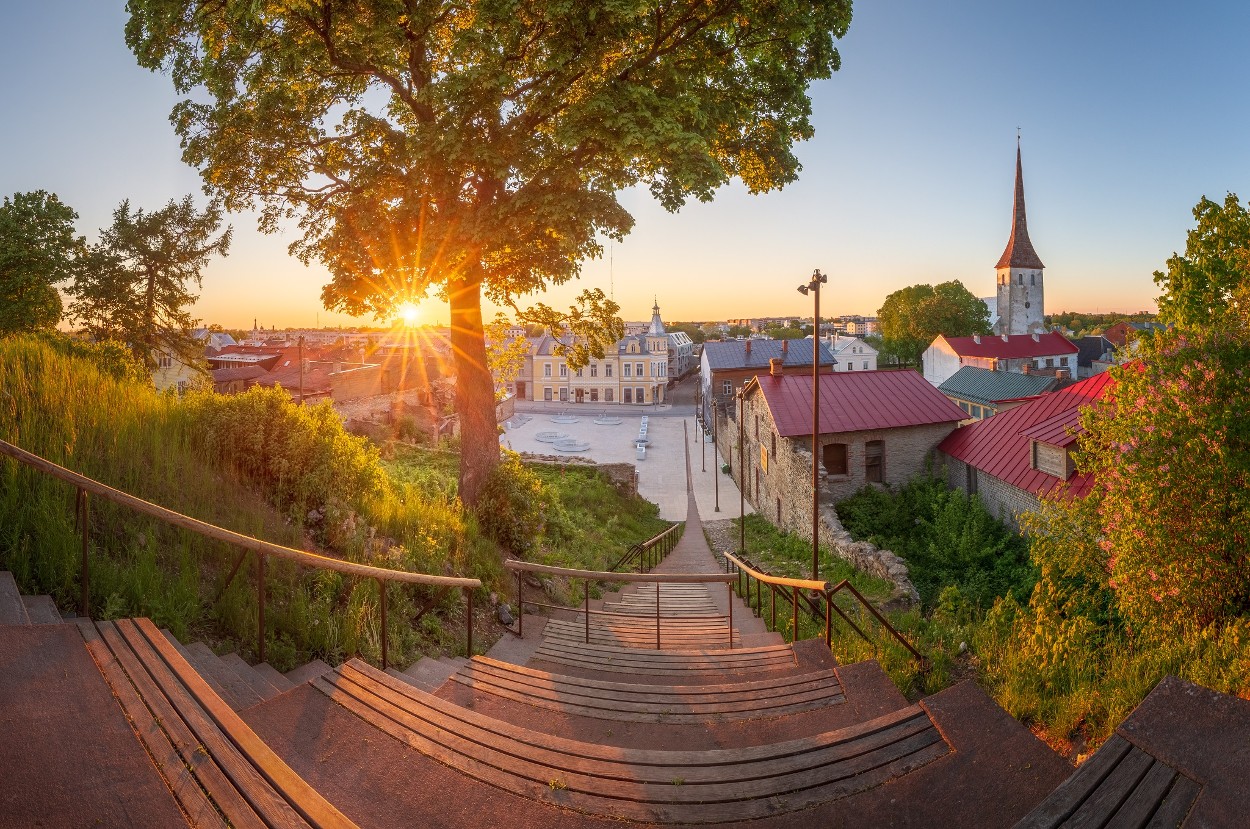